Today’s Friend Friday spotlight is on Dana LeCheminant’s book In Front of Me. 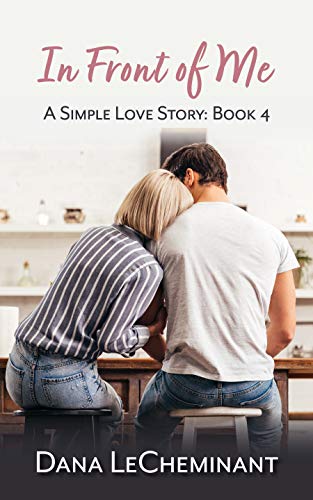 Buy it on Amazon or read FREE on Kindle Unlimited.

When all your plans fail, can you find the courage to follow a new path?

Lissa Montgomery is on track to be Boston’s top financial analyst—or she would have been, if her misogynistic boss had ever given her a chance. Suddenly jobless, Lissa has little hope for her life going according to plan. But then she meets handsome and charming Brennon, a workaholic who is just as driven as she is. In order to spend more time with him when he’s not at the office, she agrees to look after his blind roommate, Steve, after he’s hit by a car.

Where Brennon is sweet and thoughtful and practically perfect, Steve is grumpy and abrasive and refuses to find a reason to be happy in his newly sightless life. Getting to know Brennon, though, means being stuck with his best friend too, even if he is a little rough around the edges.

But as Steve starts to open up and finally live again, Lissa realizes there’s a lot more to life than climbing the corporate ladder. And she has to wonder who is really blind, since Steve seems to be the only one who can see what is right in front of him.

In Front of Me is a sweet contemporary romance that functions as a standalone, with recurring characters from the rest of the Simple Love Story series. 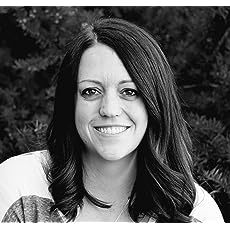 Dana LeCheminant has been telling stories since she was old enough to know what stories were. After spending most of her childhood reading everything she could get her hands on, she eventually realized she could write her own books, and since then she always has plots brewing and characters clamoring to be next to have their stories told. A lover of all things outdoors, she finds inspiration while hiking the remote Utah backcountry and cruising down rivers. Until her endless imagination runs dry, she will always have another story to tell.