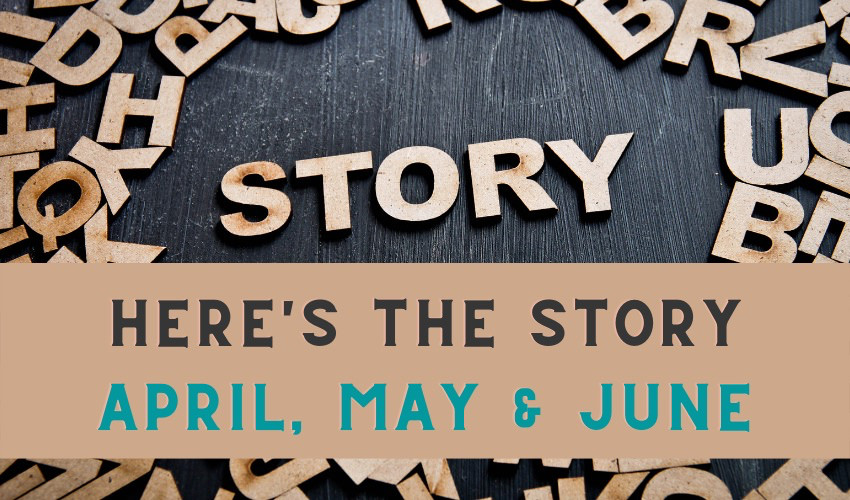 The monthly recap idea I had at the beginning of the year is not going so well because here I am recapping for the last three months (and posting it 6 weeks after that). But as crazy as most of us would have thought 2020 was for me, 2021 has proven to be a million times crazier.

If you’ve kept up with me at all, you will know that I spent the last several months, first in Tennessee, sleeping on a tiny love seat, taking care of my father, and then finally in May, bringing him back to Indiana with me. We lived in an extended-stay hotel for a few weeks until his apartment was ready. And while you might think, as I did when realizing I was at age 50, going to spend a few weeks in a one-bedroom hotel with my father might be weird, uncomfortable, and annoying, a disclaimer – please note, he sleeps in his wheelchair, so I was able to have the only bed, it turned out to be a fun adventure.

We had to stay in a hotel farther away from my home than I would’ve liked in a part of town that wasn’t exactly a part of town I would’ve wanted to stay in, but who knew handicap-accessible hotel rooms would be so difficult to find. There was also a lot we were dealing with, with hospice and other legal issues that initially made me worried that being together 24/7 would be a little more than I could handle. But I think it was much more fun than I anticipated because of my dad’s good attitude and sense of adventure and the fact we got to hang out every evening and chat.

Now I’m not saying I wasn’t thrilled when his apartment was ready, and it was time for him to move in so that I could go back to my bed. But it was more about the lumpy bed than about the company. Now we’re a little over a month where he is in his place, which has been a different kind of adjustment. Working out hospice schedules and the other caregiving he needs has taken us to where we are now, which is, I guess, the new normal. Though, to be honest, I’m not sure I’m ever going to call life normal again.

So obviously, with all that going on, I’ve not got much writing done. I took May and June off for the most part. I did write a novella that sparked off a pet-themed cozy mystery anthology, which I’m super stoked about. It had the best preorder sales of any book or collection on release, and I’m excited about my contribution, which is a Presley Thurman novella.

I told myself that I could not afford to take any more time off and while I said to myself that, I ended up taking June off. I felt coming into July, and I would be able to manage my time a little more and do things I needed to get done.

And I will admit I need to set better boundaries. But we can talk about that on a different day in a different blog post.

As you may know, I took my Presley series and my Spencer University series off sale to revamp my backlist. My writing has come a long way while working with a fabulous new editor, and after much thought, I just really wanted to make sure those books were the best they could be and that the covers were the best they could be. Of course, when I took them down, I didn’t anticipate taking a few months off, so I’m way behind. But it is what it is.

As we go to the back half of the year, my goal is to polish those up, put them back on sale, and then start some new series which, to be completely honest, will probably not happen until 2022. Although I did, on a recent trip, start dictating a new series, but I’m not going to say anything more about it, except it, takes place in the competitive cheer world, but I’m not putting a date or anything else on it until I’m done with the series. Or at least the first book. I just don’t need the stress of a deadline.

Now in other news, the house. Of course, leaving town for a couple of months and living in the hotel kind of made it more challenging to get up and take care of Annie, but we did make a little headway. I am super excited to announce we found someone to repair the slate roof, which he said wasn’t in that bad of condition, to begin with, which is exciting.

However, he is a true artesian, and I need to work around his schedule so that the repairs won’t be fully completed until the end of the summer, but it’s okay. Slow and steady wins the race, and all that.

We also ripped out the old deck, which was dangerous and unsalvageable, and should have the new deck finished this weekend. That was important because the deck held up the porch roof, so it was a safety and stability issue. Once we get the roof finished, we will be tearing out the old gutter boxes that are rotted and have contributed to the leaking problems in the house, extending the roof enough to put traditional gutters underneath them but where you can’t see them.

Looking at where we wanted to spend our money, the amount of lumber it would cost to redo the gutter boxes for the entire house was cost-prohibitive, and I’m sorry, but I had more important things to restore than the actual gutter boxes. If anyone wants to volunteer to make the wooden fish scales that go on the third-floor exterior, please don’t hesitate to reach out because my husband will be making them all winter long.

The interior is ready for lead paint encapsulation, and everything is sparkling clean and primed. I didn’t have to prime it, but I wanted an extra layer between the lead and the lead encapsulation paint, which is probably overkill, but I wanted to make sure it was taken care of. And once that is done, I hope to get the health department out to maybe give us a clearance to allow us to stay in the house while we are still fixing the outside.

One funny little house story is we did have a couple of raccoons get into the inside of Annie, and I’m assuming it was a couple because, with the amount of animal waste and the destruction, it had to be more than one. It wasn’t anything we couldn’t fix or clean up, but seriously, people, this was the last thing I needed.

I will say even though I don’t have time to work on the house like I want to, the time that has been spent has been so relaxing. Because I spend most of my time behind a computer or playing chauffeur for Sydney, being able to strip paint off, or use a heat gun to melt silicone that they close the windows up with, is just nice. The physical part of it and the mindlessness of it is a perfect escape for me.

Well, that is about it for now. I’m looking forward to July, when I will hopefully be getting a lot of editing done, and also, I will be taking a trip to Gatlinburg to speak at a Romance Writers of America retreat.

I hope everyone enjoys the summer, and I would love to hear what your summer plans are (send them even though it’s almost over). I’m always looking for vacation ideas for the camper.